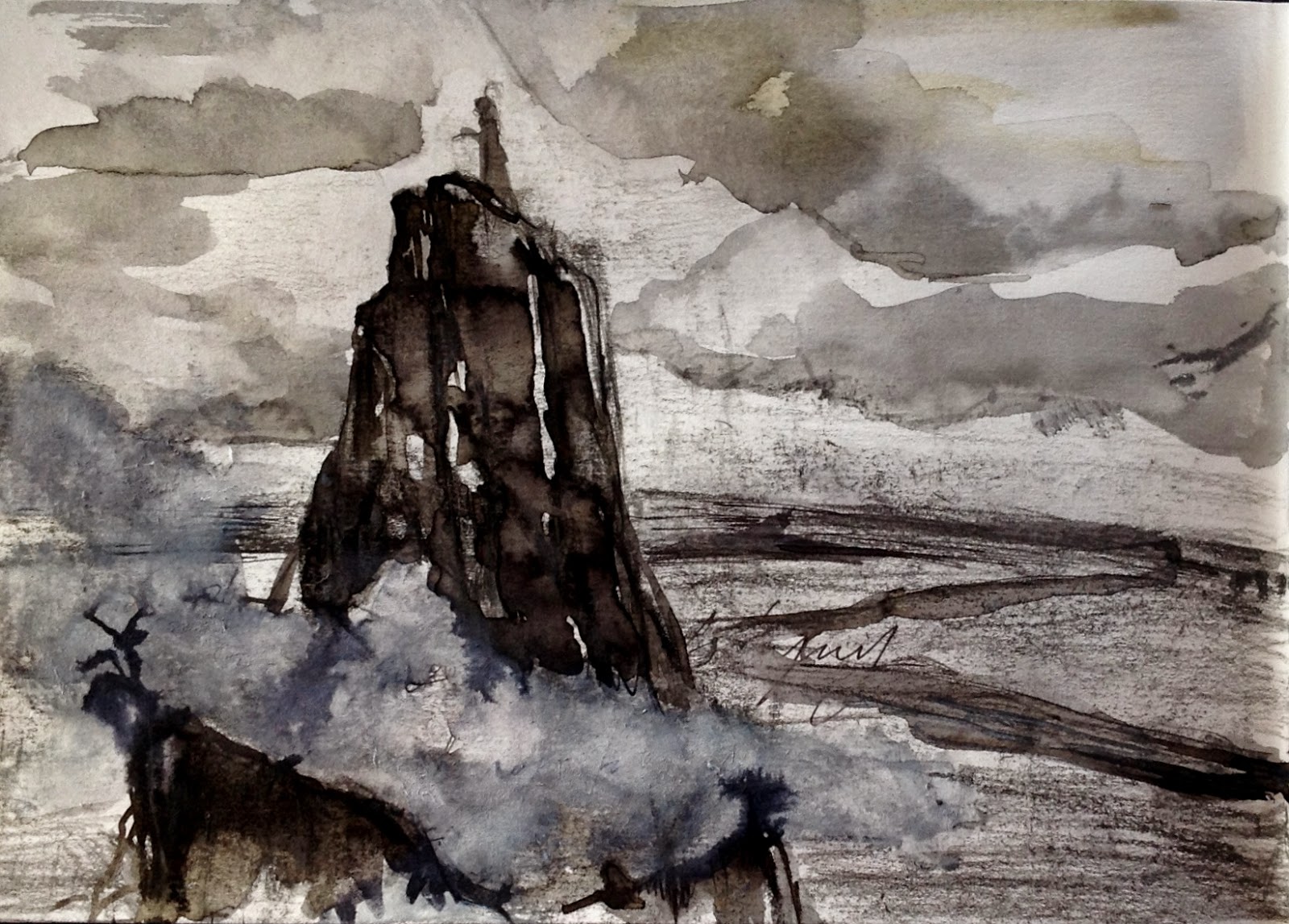 At the limits of longing

To see, and not to have

[For full chapter, click here
After the long list of all the land that has "not been given" (n't'n --the key word of these two chapters) to Israel, we come at last to the land that is "given": "And God said, fear him not, for I have given him into your hands." We come to  Og, the last of the "remnant of the Rephaim"--that mysterious race of giants whose country Israel wanders. He is the giant who has been been left in waiting until Israel arrives to inherit.
Yet to truly have what is "given," one must also actively :take"--va-nikakh. Only after an active involvement can give over the gift, as Moses does when "gives" the land of Og to Reuben and Gad; or rename the gift, as the tribe of Manasseh does, making the land truly theirs.

The refrain of multiple names developes the key theme of retelling, recounting--the "deuter (second, retelling) nomos (of the law)" that gives this book its name. Renaming is retelling in the deepest sense,highlighting different perspectives, the alternate realities.
Yet the chapter that begins with "giving" and inheritance ends with denial, and with absolute limits:"It is enough for you(rav le-kha! Do not continue (al tosef) to speak to me on this matter." We return to the refrain of limits, the "rav le-kha" that began this journey. Moses will not be allowed into the Promised Land.
His longing is palpable. It paints the land in idealized shades: "the good land" "the good mountain." Even when recounting the story of the spies, Moses can only say the favorable aspect of the report: "the Land is good." However, despite this love, Moses, like the generation that rejected the land, will die in the desert: "God was wroth with me because of you."
But if the nation would not even "see" the land, Moses is allowed to look: "Climb you to the top of the mountain, and lift  your eyes westward, and northward, and southward, and eastward, and behold with thine eyes." This is a gaze with no consummation. It is Joshua  who will be granted the fulfilled eyesight: "And I commanded Joshua at that time, saying: 'Your eyes have seen all that God your Lord has done to these two kings; so shall God do unto all the kingdoms where you cross over."
The final verse, with its reference to being "across Peor,"  sets up an implicit link between Moses, in his longing  lonely lookout, and Balaam's earlier all seeing gaze, looking over the people of Israel. Broad scope that comes at the expense of having. Like Balaam, Moses' voice is ultimately silenced: "Do not speak of this matter again" This "book of words" is also the book of the  limit on human speech in the face of divine decree]