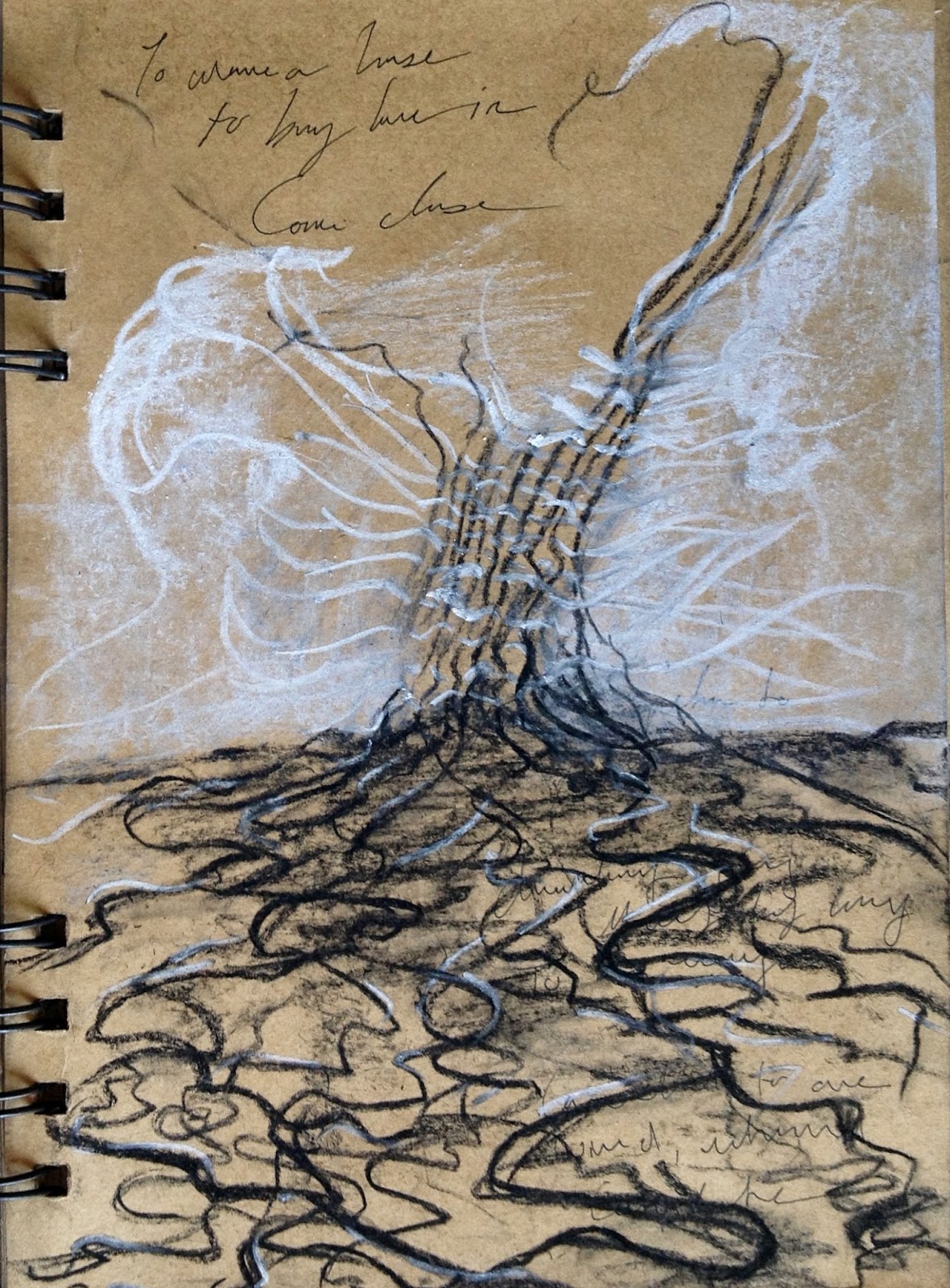 To weave a house to bring love in
come close

connected to one
twinned,  entwined
complete

[For full chapter, click here
“As God commanded, so they did”. The Mishkan/Dwelling-project is built around this interaction of heaven and earth, the divine “structure” (tavnit) and human action (asiya). It is a chiastic framework, with the story of the Golden Calf in the middle. We open with God’s commands to Moses, a grand vision that begins from the highest—the Ark of Covenant and Keruvim, and gradually moves to include the human component of the kohanim/priest. It is a vision that contains hints of menace, but focuses on the possibility of relationship between God and man. Yet the translation of revelation into material is dangerous. Giving over the two tablets of stone "written with the writing of God" is followed immediately by the creation of the Golden Calf, making a god of gold.
God’s acceptance of this failure, His agreement to “walk amongst us” allows for the actual creation of the Dwelling. The translation from vision into doing causes subtle transformations. First, the overwhelming involvement of the people—here, the overflow of passion is so great, that the people have to be told to stop giving: “The people bring too much, more than the service of the work that God commanded to make… so the people were restrained from giving.” There is a chaotic "coming close of "all who "heart's stirred them to create" rather than an orderly hierarchy. In the actual creation, we begin from the building itself, only then moving gradually into the sanctuary. The keruvim are woven into walls, before they are actually craved of gold. We come from earth to heaven]
Posted by Batnadiv at 6:27 PM