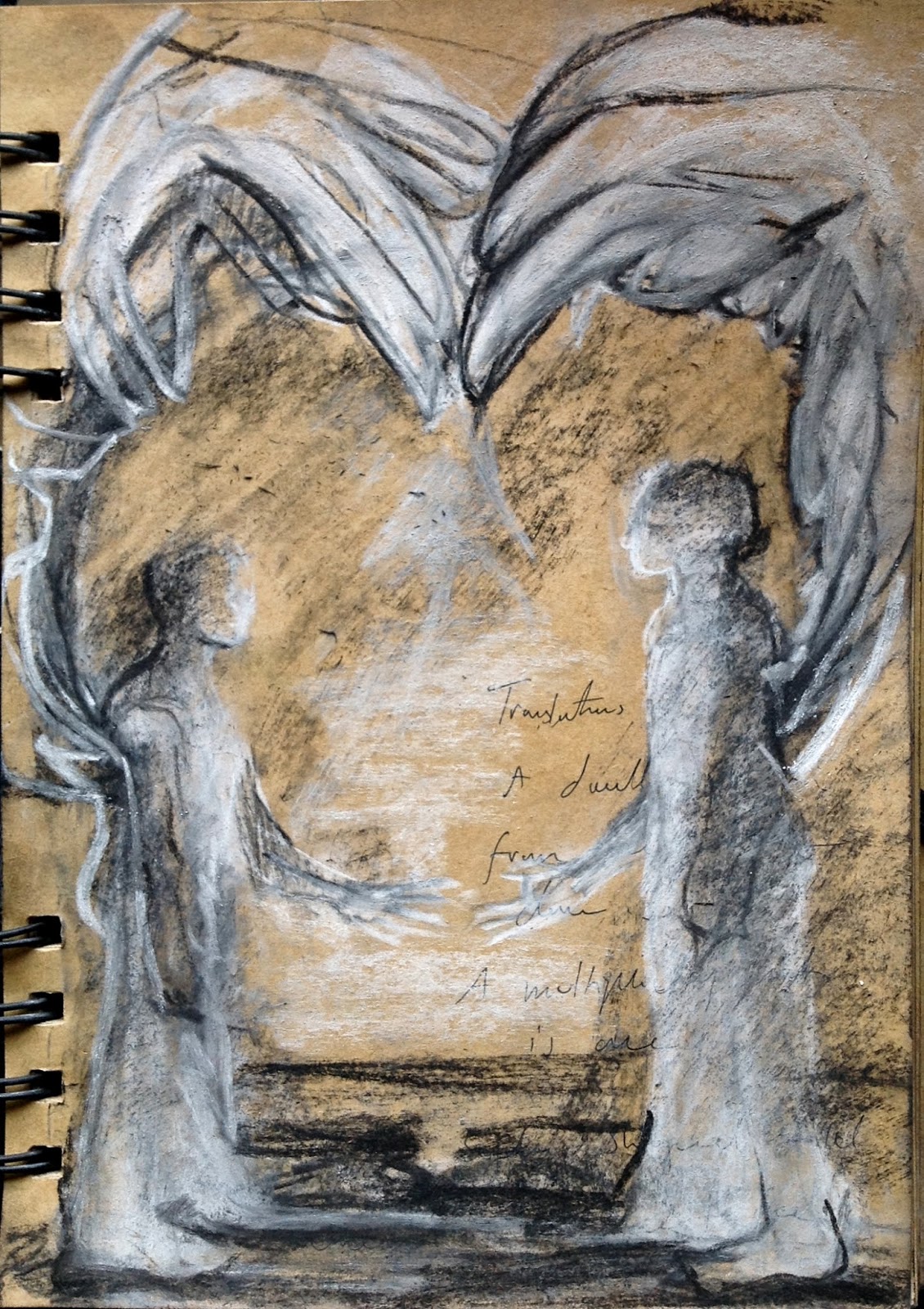 Translations of place
a dwelling within

From the mountain down

A multiplicity that is one
a single shaped solid

[For full chapter, click here
We begin a second stage in defining the long term reverberations of Sinai. Revelation is here translated into physicality. If in the previous chapters, Sinai was explicated into the nitty-gritty of everyday life, now it is embodied in the very minerals of the earth. The “Presence of God” that dwelled on the mountain will now “dwell” within the Children of Israel: “And they shall make Me a dwelling and I will dwell amongst them”. Sinai becomes open to human creativity. The “doing” (maase—a leitword of chapter 23) that was to be gathered to the altar, here  forms the very sanctuary itself.
After the covenant of the previous chapter, we enter a fraught space of shared creativity. The chapter is animated by a tension between freedom and command, human and divine action: “Speak to the children of Israel, and the will take an offering for Me” implies an imposed tax, yet “From every man who’s heart donates, take My offering” continues the verse, modifying the demand to a gift. The Dwelling (Mishkan) is to be “made” (maase) by man, yet defined by the pattern revealed by God, human creativity translating the divine vision into the physical realm.  It is to be a place of “face to face” (panim) encounter. The keruvim have their  “faces to each other”, the showbread is “Face bread” (lehem ha-panim), placed before God’s face (li-pnei).
A joint divine-human work, the Dwelling is a single solid (miksha)—as must be the keruvim and the Menora—but containing multiple parts. The two Keruvim, created of a single block are a perfect  embodiment of this relattionship. Placed on opposite sides (katze), their wings reach towards each other, creating a shade over the space of the Ark, within which lies the "testimony". They face each other, in asymptotic striving, always one, never unified.]
Posted by Batnadiv at 9:49 AM