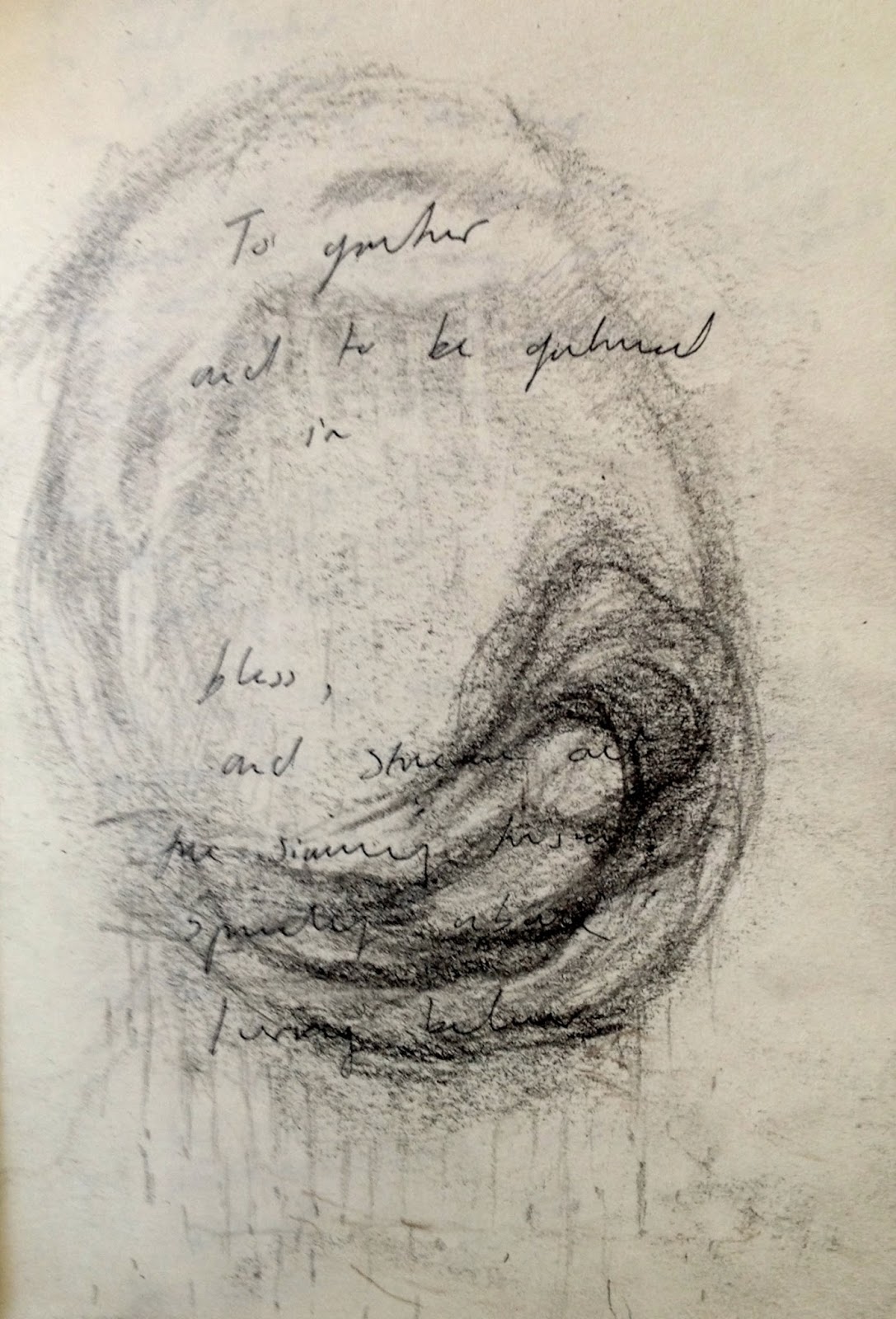 To gather
and be gathered in


bless
and stream out
the simmering tensions

spreading above
lurking below


[For full chapter, click here
The focus on the future introduced in the last chapter gains prominence here, as we move to eschatological poetry about "the end of days." Yet s the focus on the past, on "gathering in" the threads of a life,, is heightened as well. Erich Auerbach's characterization of the biblical text as "fraught with background" is particularly apt here, where years worth of tension suddenly emerge from hiding. Reuben's sin with Bilha was presented baldly and passed over without commentary. Yet it simmered in the background, in Reuben's desperate need to atone, his offer of his two children in place of Benjamin. Now, nearly four decades later, Jacob finallyspeaks: "Reuben, you were my firstborn; my strength, the beginning of my might... wavering as water, you shall exceed no longer." There is no true forgiveness. Likewise, comes the response to the massacre of Shechem, fraught with implicit accusations regarding the attack on Joseph. "Let my soul not come in their council," Jacob declares, "scattering" Levi and Simeon throughout Israel.
Yet the leitword remains the opposite: "to gather" (asaf, yosef): "gather together" "group, oh Sons of Jacob" "gathered to his father" "gathered his feet" "gathered to his people" and of course, the beloved Yosef, the "gatherer."  This final address is an attempt to weave the family together. The blessing intrelink not only by animal imagery, and the relation to food and drink,and repetitive words (teref, rovetz), but also by their order. Jacob does not bless his sons by order of their birth . Rather there is a nested chiastic structure, framed by Leah/ Rachel, with Bilha (Rachel's surrogate) and Zilpa (Leah's surrogate) nestled between. The liminal surrogate children, not quite Rachel's, not quite Leah's, serve as the binder for the two sides of the family. Jacob interweaves  them: Bilhal's Dan is paired with Zilpa's Gad, interlinked by the imagery of the akev, the heel, and a focus on public life; Zilpah's Asher is paired to Bilha's Naphtali,  united by the key-word "giving" (latet), and a focus on  the mouth, with Asher providing food to balance Naftali's "sweet words."
The centerpiece is the gatherer, Yosef, who acts here as an almost cosmic force, reuniting Creation's primordial divisions. He is given "The blessings of the heaven's above, the blessings of the tehom lurking under," reconnecting the split "waters above, and the waters below" that have not merged since the Deluge. Male and female also reunite, as he is given the phallic bow and arrows, and the blessing of "breasts and womb" (a crystallization of Joesph's leitmotif of androgyny). The book closes by returning to its primordial openings]