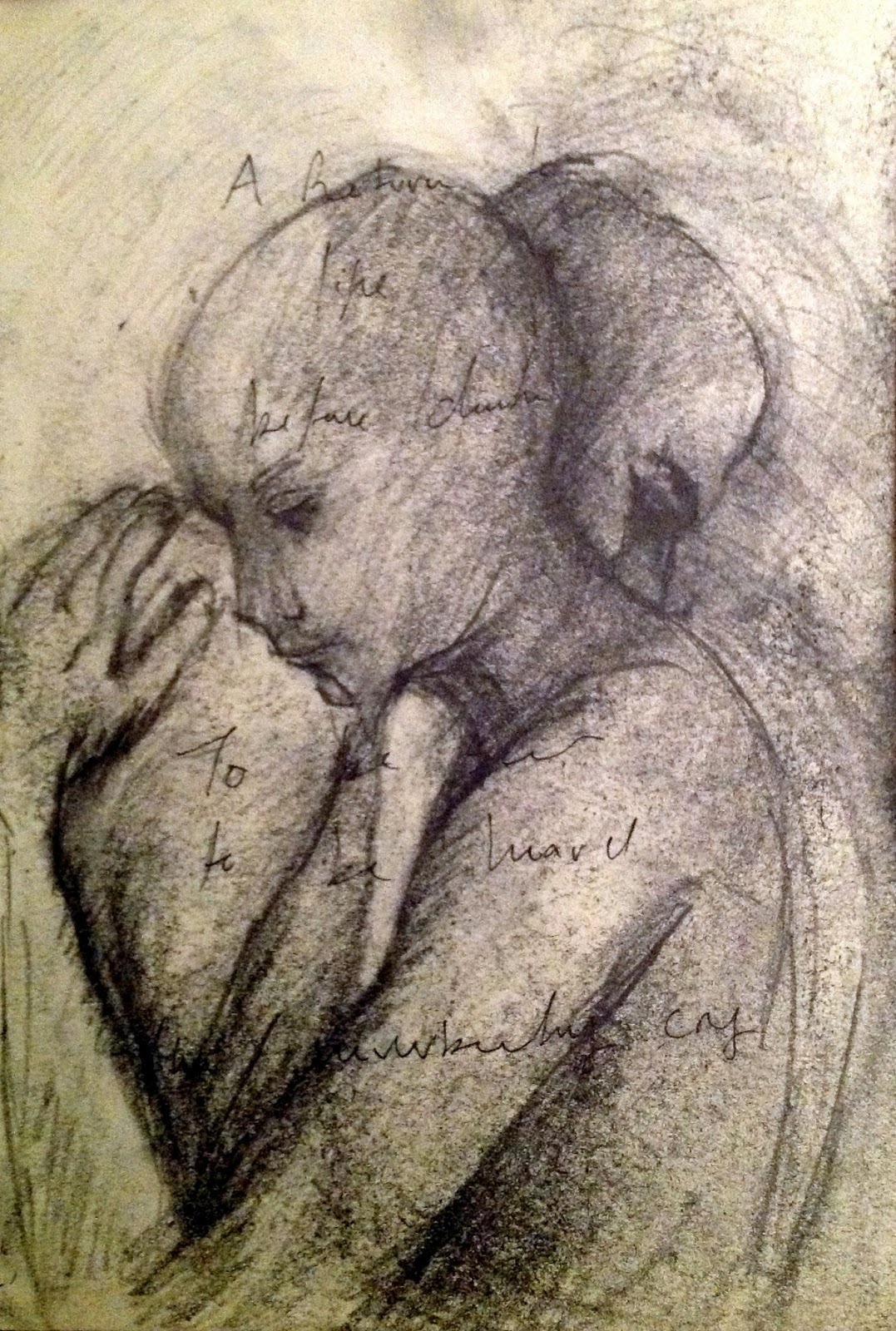 A return to life
before death


To be seen
to be heard

[For full chapter, click here
The denouement, and another closure.
The chapter once again continues seamlessly from the previous one, with no break in the Masoretic text. The leitwords are the same, with a focus on the gaze, seeing, eyes, and the face (panim).
Yet if Joseph had previously controlled himself (ve-yitapek) and the situation, here he can no longer be restrained (lo yakhol le-hitapek).  In recreating--and reversing--his sale into slavery through the confrontation regarding Benjamin, Joseph breaks something loose. His cries, which were ignored and silenced by his brothers at the time of the sale, echo throughout Egypt, shaking Pharaoh's house. Once unheard, he is now heard; unseen, he is now seen.
Emotions are now pushed to their outer limits. If Joseph cannot control himself, his brothers also "cannot" (lo yokhlu) respond to him--an echo of their initial inability (lo yokhlu) to speak "peace to him". Yet even if the relationship is not fully resolved the brothers have at least discovered one thing they care about in common: Jacob.
Joseph regains control be redefining the narrative, turning what was bad to good. If Joseph was "dead" he is now "alive" (another key word in the chapter). The sale was  not a breakdown, but rather a continuation, of Jacob "sending" him to seek the peace of his brothers.God Himself "send me here to bring life (lemihya shelahani)." Following this reversal, the verb "to go down" (laredet) which previously indicated imprisonment, slavery, and  the Pit, now becomes a source of hope and peace: "quickly bring my father down."
The chapter closes with a final undoing of the sale: First Joseph was let out of the pit, and now Jacob at last emerges from his living hell, as his spirit "revives".
Yet this reversal of evil  to good, of death to life, is fragile: " I will go and see him before I die" says Jacob, indicating a temporary resurrection,  and indeed, the chapter is rife with hints of the enslavement to come. "Going down" might have come to mean reconciliation and peace, but  it retains the threat of "we will all remain here as slaves.")

Email ThisBlogThis!Share to TwitterShare to FacebookShare to Pinterest
Labels: commentary, drawing, Jacob, Joseph and his brothers