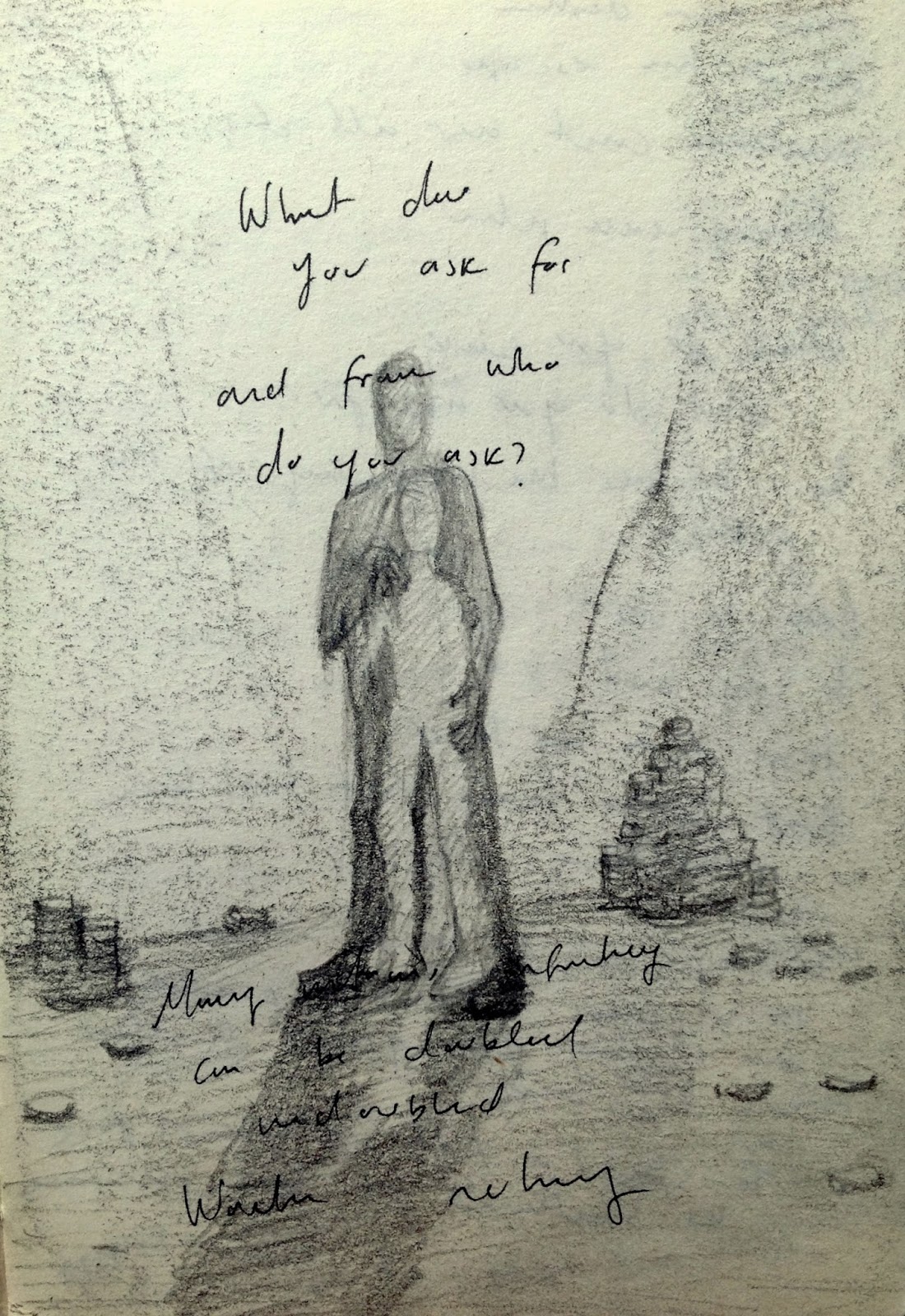 What do you ask for
and from whom
do you ask?


money returns infinity
can be doubled
redoubled
worth nothing

[For full chapter, click here
This chapter follows seamlessly from the previous. We are still dealing with the recreation of the sale, and its aftermath, with a play on the same key words "return" "to take" lakaha; hands; "slave/servant"--and most of all, "money" (kesef, repeated a dizzying 9 times ). We at last come to the central issue of commodification and possession: "What is the profit in killing our brother?" Judah asked, reducing brotherhood to commerce. This was a move that was to play out with devastating results throughout his life, until his discovery of responsibility-within-exchange in his "bond" (eravon) to Tamar.
Here, Joseph attacks the concept of money. Payment is returned, as though useless. When the brothers bring back double money, it is waved away. Is it their money? any money? Can there be any meaning in something so unspecific as to lack any markers? It is not enough to get them the food they need for life. Only the sight of their brother will do so.
Judah also has moved away from the "taking" that has so defined him. "I will be his bond (e-arvenu)" he says, when asking to take Benjamin down to Egypt. There is no violent shelihut yad--"sending forth the hand"--but rather responsability: "seek him from my hand (miyadi tevaksheno)." For the first time, Judah can also conceive of a quest, a bikush, a desire that requires seeking, not buying.
Within the darkness are hints of reconciliation. Joseph was sent to "seek" the "peace" of his brothers; the word "peace" moves center stage at the the closing of the chapter. "Perhaps he will send you your other brother" Jacob says, as he sends Benjamin down. Within the context of the conflation of Simeon and Joseph that was set into place in the last chapter, this seems a reference to Joseph himself, who was "sent to you" with such disastrous results.
Yet still, each eats "alone," separate even as they begin t o draw together.]