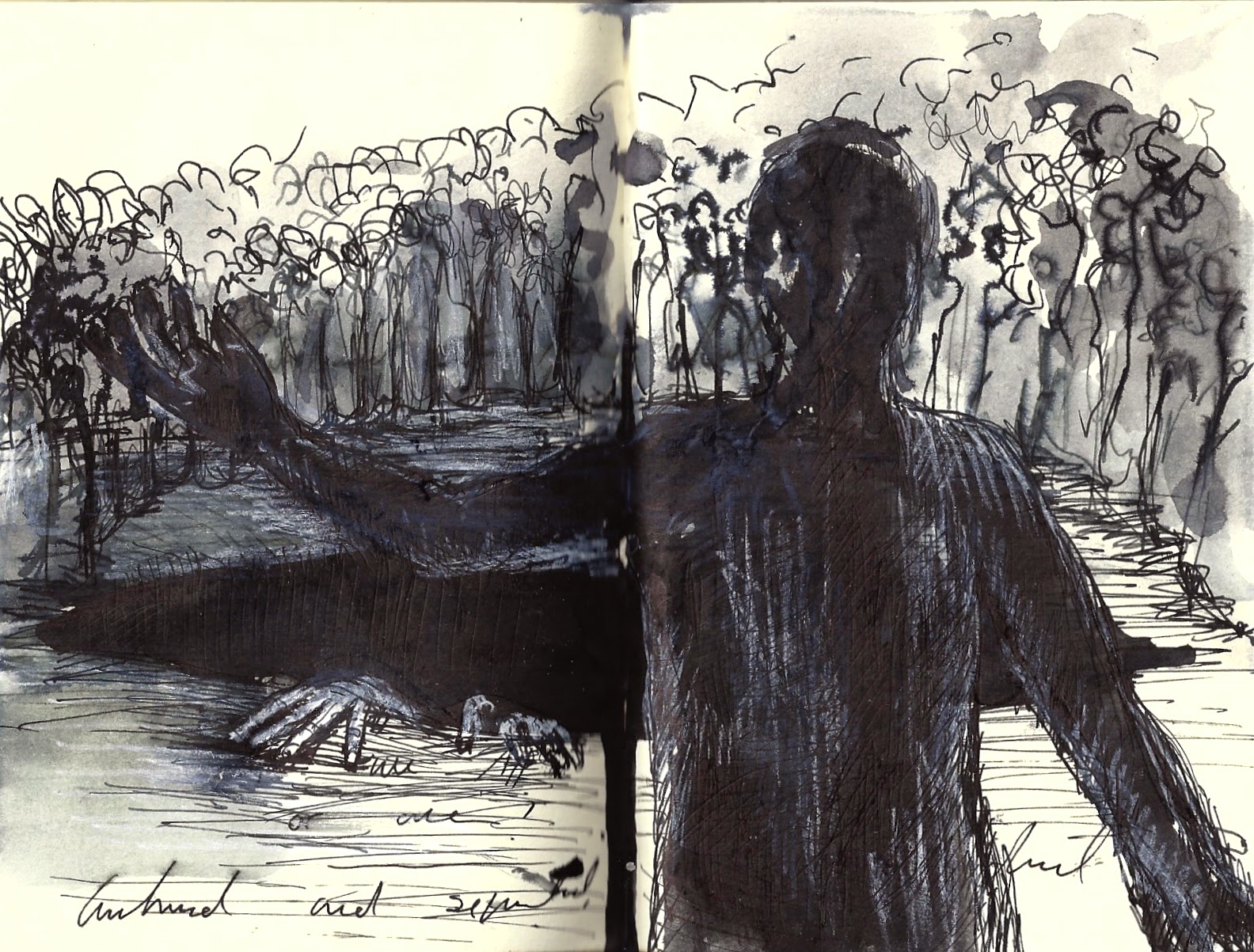 Swallowed in the whole
Or set

Are we all
Or one?

Come up,
or descend all the way down

[For full chapter, click here
The dissolution continues.  The first section of Numbers deals with setting up the encampment:the tribes are numbered; leaders are appointed; Levi is placed at the center, the transitional glue connecting the people to the inner heart of the Dwelling. As the book unfolds, each of these elements leads to breakdown.
The organic whole of the encampment leads to mob psychology, as "the whole congregation" shifts hysterically from rejecting the Land, to attempting to force their way into the Land. The mob psychology continues in our chapter, which is dominated by the word "congregation" (edah) and "assembly" (khal).

The "princes" (nessim) of the tribes do not  ease the burdens on Moses. Rather, they are some of the sources of disquiet, fermenting despair as spies; and here joining in Korach's rebellion (which is lead by the elite, despite its claims to speak for "the entire congregation")
And here, for the first time, we come to the breakdown of the "sons of Levi" who instigate and lead the rebellion against Moses and Aaron. "Hear now, sons of Levi... is it small to you, that God separated you from the tribes of Israel, and brought you close, to do service in the Dwelling?" Moses demands.
It seems to be the inherent tension of the encampment that leads inexorably to rebellion. The tension of always being part of a whole leads Korach to demand "the entire congregation is holy...why do you set yourself up over the congregation?" even as he himself seeks to be "the leader." The chapter ends as Moses prays "Shall one man sin, and the entire congregation be punished?" attempting a separation between individual and group. This separation is symbolically enacted when the people move away from Korach's tents.
Levi's impossible position as neither part of Israel, nor part of the Dwelling, given to both, belonging to neither, can be seen as leading directly to the demands to serve as priests, to break down the rigid structure of inside and outside. "To be sperated but no chosen, consecrated, but no the "holy" is a terrible  tension.
"We will not come up" say Datan and Aviram, revealing the simmering resentment over the decree that their generation will not see the Lan. Instead they descend to a living hell. Yet that is almost easier than the place of the eternal between.]