Here we go. The heart-palpitating crunch of starting a new book--and a new sketchbook.

For Numbers, I decided to keep up with the monocromatic look I have been sustaining since Genesis. This is, after all, a continuing story. But there has also been a change. From a world in formation, and  and a nameless mass of slaves, we have established a nation, with a center and leadership. Though an encampment, Israel has solidified.
In response, I've decided to move from easily erased materials (graphite, conte crayon) to the more permanent material of ink. The image now makes an unchangeable mark.
This is also a technical challenge  I am setting for myself : I feel I've had become too addicted to moving and changing the image as I go, erasing and redrawing multiple times. The move to ink is a way to force myself to make a decision and stick with it.

Along with the challenge, comes the anxiety, and the perfection-delay game: I need the exact right sketchbook, the perfect pen. That's the key! Obviously!
That has not happened. My lovely pen is, as yet, missing. Teh store was out of the sketchbook I had in mind.
So I decided to go with my ancient pen and nib, and use the sketchbook I had in my bag. It's smaller than the books I have used until now, but I want to take the plunge, and get started. After all, we are no longer in the world of the Dwelling, but out in the wilderness. It's a time to make do! 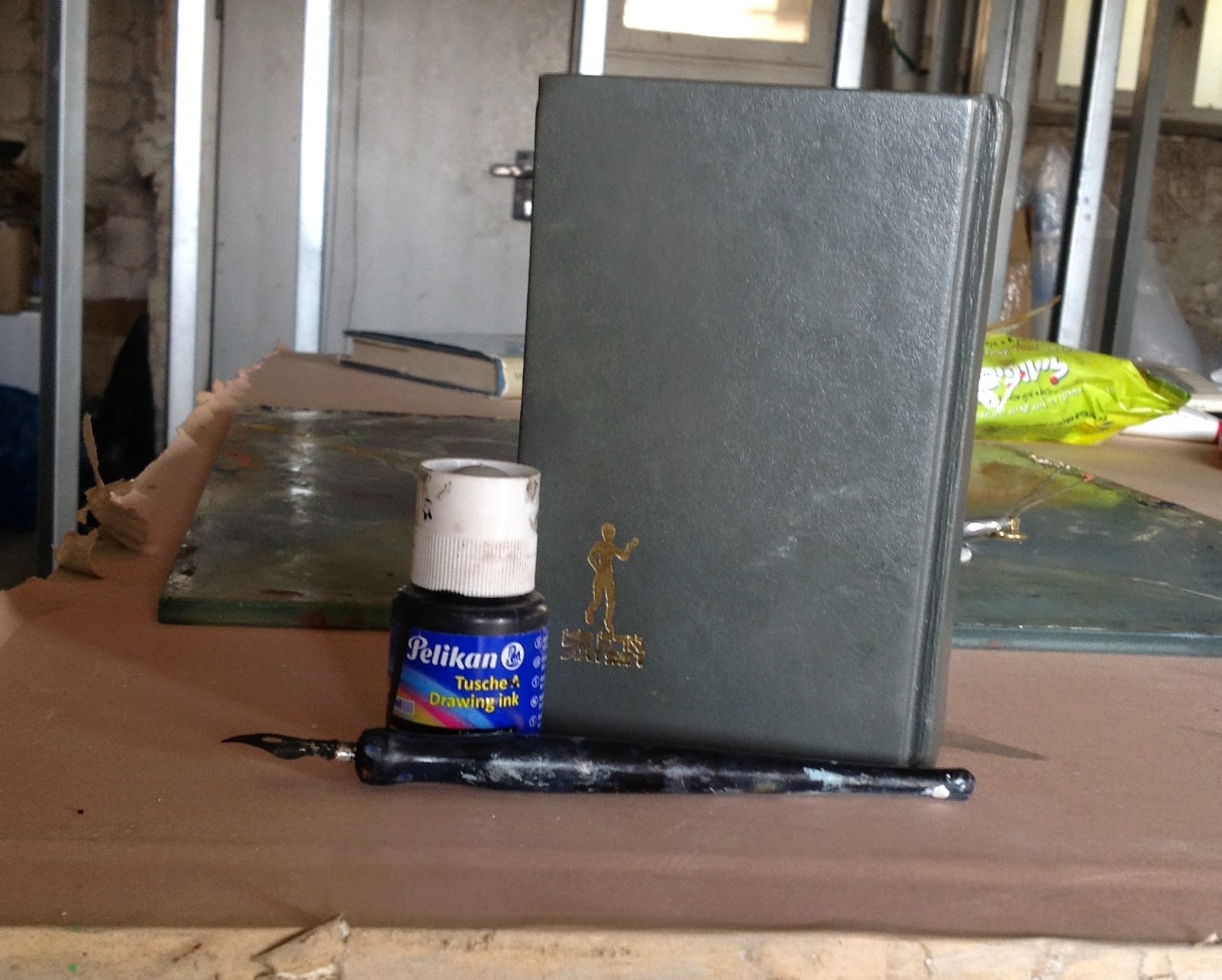