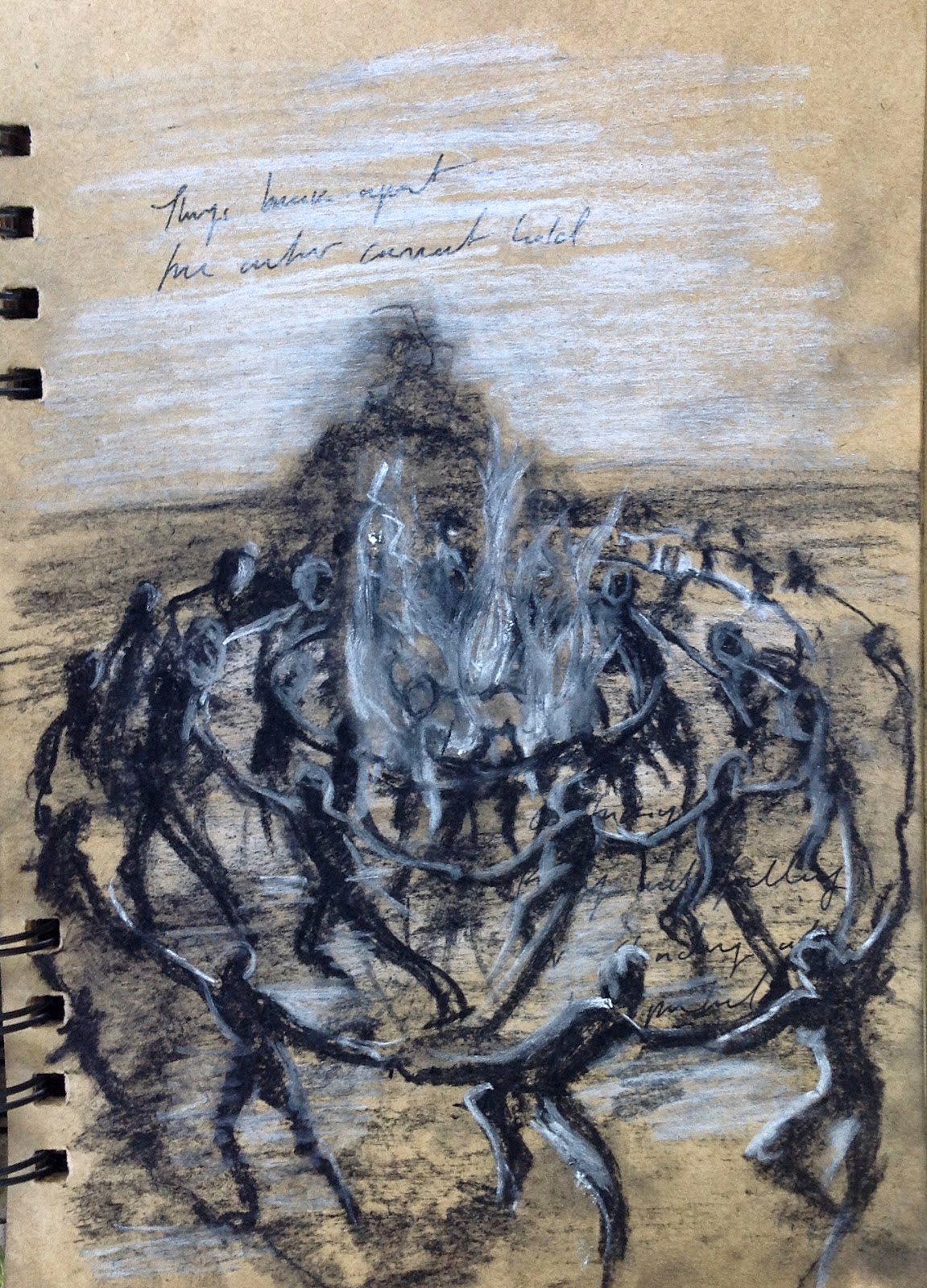 Taking out
or taking out


Or standing at the portal

[For full chapter, click here
The subtextual threat that has been humming since Sinai “breaks” (porek) into the open. It is a short step between the translation of Sinai into physical material—“gold and silver and bronze”—the “doing” asiya that played so central a part in the previous chapter, and the demand “make us (ase) a god,” who is hammered of gold. It is no coincidence that it is the same Aaron who is consecrated with clothing of gold who creates the golden calf.
It is a short step between the translation of revelation into local gods (elohim)of courthouses and temporal powers, and the desire for “a god” to lead the way. A short step between demanding that Moses “speak to us, and we will hear, but let not God speak to us, lest we die” and demanding another intermediary.
And this points us to the deeper problem:
“What has this nation done to you, that you brought this great sin upon them?” Moses demands of Aaron—a clear echo of Jethro’s accusation: “what are you doing to this nation that you sit alone, and all the people stand about you?”
“The nation comes to me to inquire of God,” Moses defends himself.
“It is not good, what your are doing,” Jethro responds.
Moses had become the intermediary to God.  He is the connecting channel, running “up” and “down”  (the leitwords of this chapter) the mountain, passing the massages between them. And at times, the boundary blurs. Moses has disappeared into the mists alone, not to come “back down.” Israel demands a replacement for “Moses the man who took us up from Egypt.” But very quickly, the line between “man” and god blurs: “This is your god Israel, who took you up from Egypt,” the people declare.
The Golden Calf is Sinai recreated, but without the terrifying, overwhelming presence of utter Otherness. This time the Children of  Israel can have their cake and eat it too. They can “come close” (geshu) as they could not “come close” to the mountain; like the “nobles” of Israel, they can “see God and eat and drink.” As in Sinai, “early the next morning” they build an altar. They have the intermediary, without the God.
Forgiveness comes of reminding God that this is the nation He “took out”—not “took up,” a reference to Moses’ intermediary function—of Egypt. The investment and faithfulness stand.
But now the ominous undertones of the need for “atonement” (kippurim) becomes clear. The “carrying” (naso) of the names of Israel becomes the “carrying” of sin (sa na). The counting of names becomes the need for accounting (pokdi u-pakaditi). The dangers of translating God have come into the open.]
Posted by Batnadiv at 2:00 PM