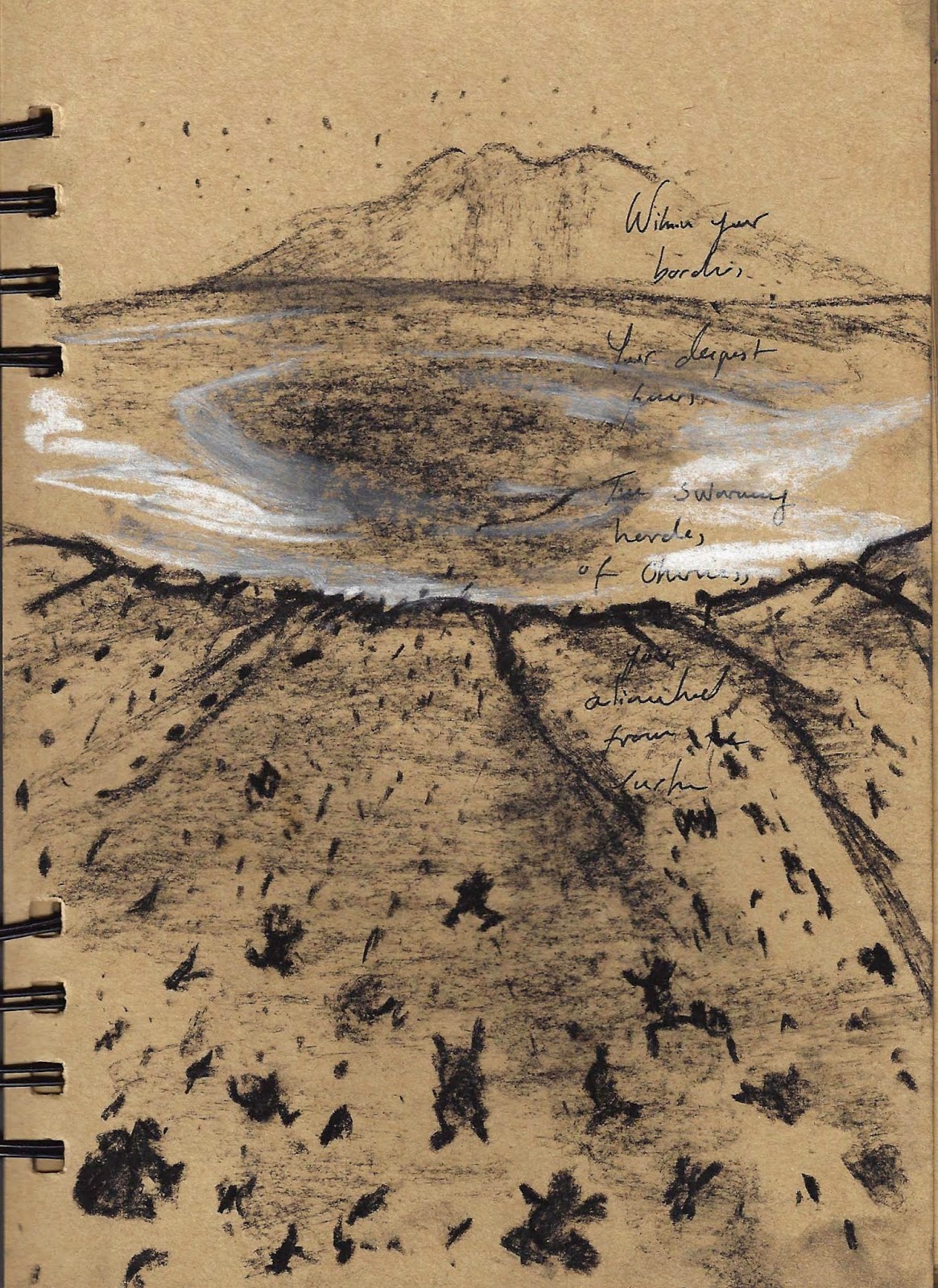 The swarming hoards
of Otherness

you,
alienated from your earth

[For full chapter, click here
Consequence continues to become incarnate, as the basis of slavery is exposed, and given literal form. The stinking Nile now swarms the very hoards the Egyptians feared. If the "children of Israel" were described as "swarming (ve-yishretzu) and increased abundantly," frogs and lice now truly swarm (ve-yishretuzu) the earth. Pharaoh's fear that Israel would  "rise" (va-yaalu) and threaten the integrity of his boarders now takes literal form, as the frogs "rise" and spread throughout "your borders." This is no exodus, but rather an invasion of every inner space.

The "stench" of the children of Israel ("You have made us stink before Pharaoh, to give him a sword to destroy us"), becomes the "stench" of the dead Nile, which now spreads to the entire earth (va-tivash ha-aretz--"the earth rotted"). And the rotting earth also swarms, the very dust turning to lice.Self and non-self are mixed as the arov, the "mixed multitude," invades the Egyptian "homes."
Pharaoh's original desire to separate Israel as an alien element, now becomes reversed,  as God "sets apart the land of Goshen" for protection: "I will put a division between your people and my people," not for slavery, but for care.]
Posted by Batnadiv at 7:53 PM