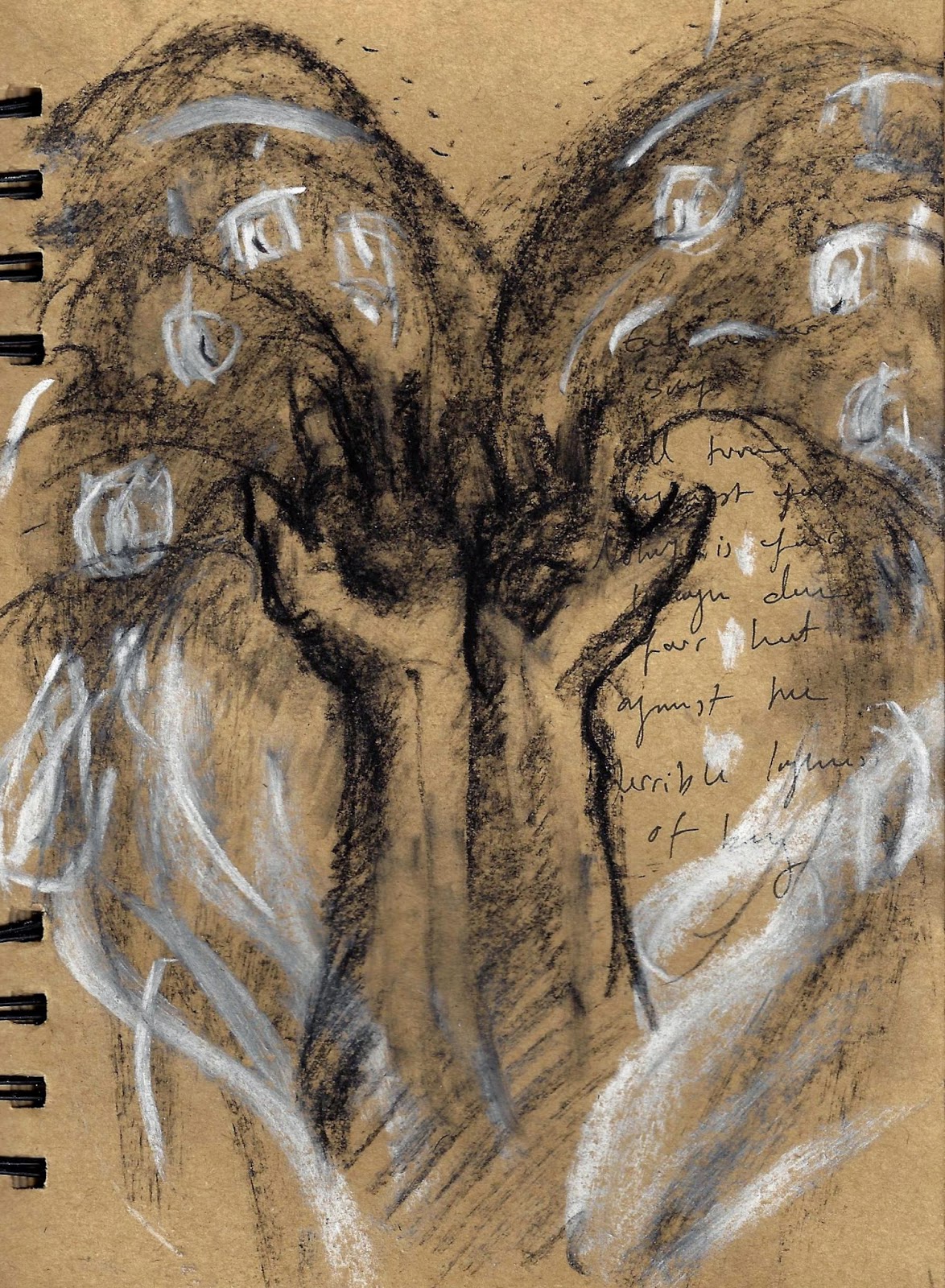 Earth, water, sky
all turn against you


weigh down your heart
against the terrible
lightness of being


[For full chapter, click here
If the earlier plagues attacked the underlying justifications for the crimes against the children of Israel, these middle plagues seem intended to attack Egypt's very sense of identity, "as had not been seen since Egypt became a nation."
The leitworts are "stand" "heart" and "send."
"Go strand before Pharaoh,"  Moses and Aaron are told, and Pharaoh must watch as the very sky rains down curses. If before the water and earth turned against him, now the sky does as well, followed by fire--all four elements.
The plagues move from the outside in. The Egyptians' bodies are struck, so they can no longer "stand." Invisible, insidious death strikes their animals. Next, God promises to "send (shalakh) all my plagues on your heart," attacking your very sense of self and will. You will "know," God says, that "I have only allowed you to stand to show My power." In reality, you have nothing. This is not a battle, but a play in which you are acting a part of My choosing.  And the demonstration: the Egyptians for once are given a chance to escape the devastation of the plague, by "giving heart" to God's warning. Those who do not "give heart" leave their "servants and cattle in the field" to be destroyed. Their very will is what destroys them.
In the wake of this thundering attack, Pharaoh gives way, and promises to "send (e-shkakh)" away the children of Israel, so they will no longer "stand" in place.
But once the pressure of the incessant noise ceases, Pharaoh "hardens his heart"  and his hear becomes reflexively "strengthened." This final act o of will is also the final devastation, as Pharaoh simply fulfills "God's words in the hand of Moses."]
Posted by Batnadiv at 3:20 AM