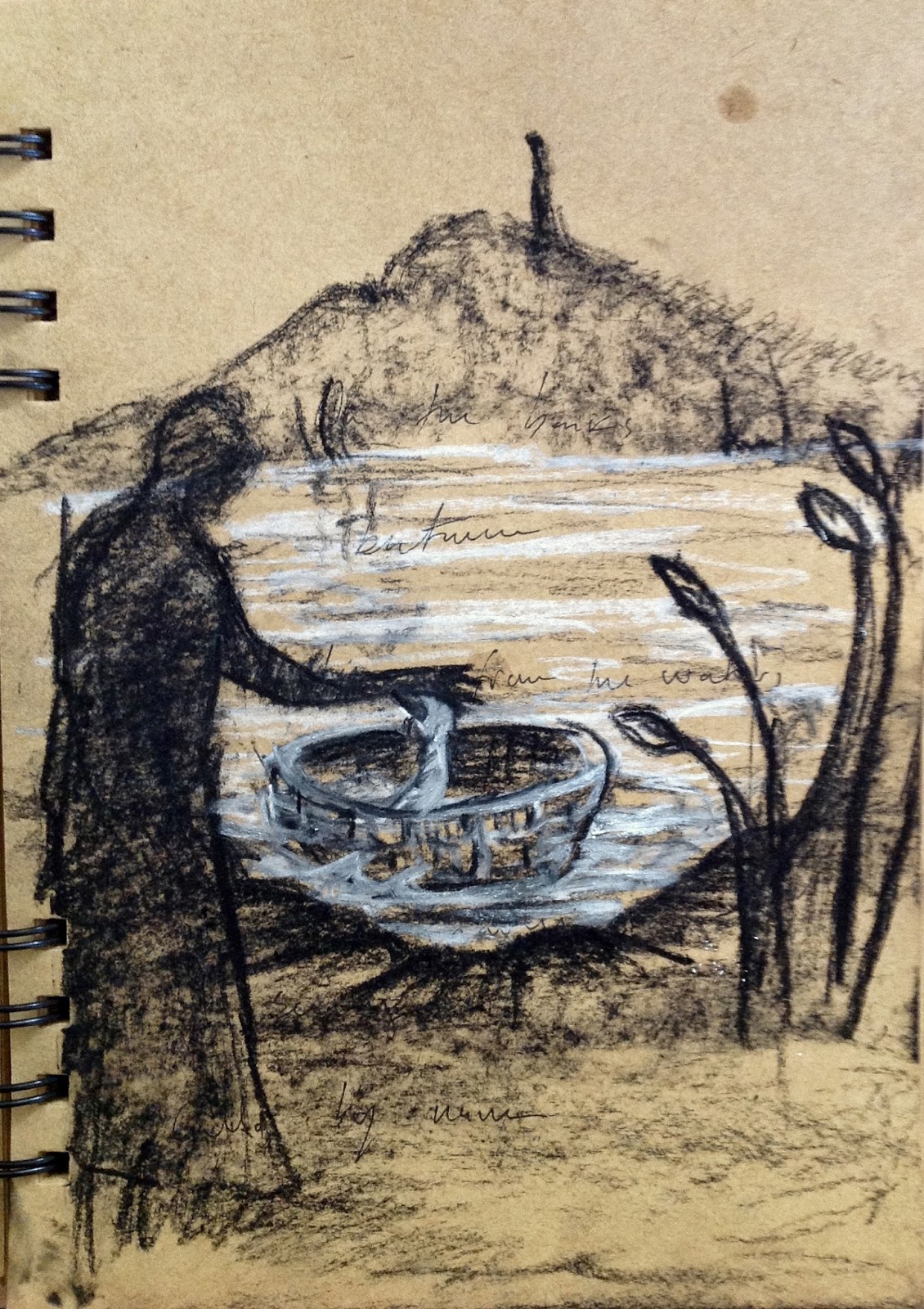 On the banks
between

drawn from the waters

between knowledge and seeing

[For full chapter, click here
We continue the strange links to the blessings that closed Genesis. Joseph's blessing were defined by incredible fertility ("blessings of breasts and womb"); and the bringing together of the upper and lower waters that flooded the world in the Deluge. Now, out of that fearful fecundity comes a single child who is laid in an ark to traverse the deeps. He echoes Joseph in his "cries". The preternatural fecundity of the previous chapter now narrows to a specific marriage, pregnancy, and birth. The drowning dangers of the Nile waters now become a source of salvation.
The chapter opens with a mysterious, mythic no-name sequence is dominated by women: the nameless Hebrew mother who then nurses and raises the child; the "sister" (somehow older than the child that seemed to come immediately in the wake of the marriage); the "daughter of Pharaoh" with her bevy of maids. There seems to be a conspiracy of silence to save the child, whose cries tie the women together:" ve-hine naar bohe--and behold, a weeping boy"--echoing in the language used to define Joseph, the "naar" who consistently "weeps". The "daughter of Pharaoh" knows that the baby is "of the children of the Hebrews" and must suspect the identity of the Hebrew woman who offers herself as a nursemaid. Yet all she says is "take this child and nurse it, and I will give you your wages."
The child remains in an un-named liminal state, between two mothers, between water and earth, floating "on the banks" of the river.
Moses is defined as "growing" twice, two separate elements of maturity, each of which seem to define a different element of liminality. He first "grows" and is brought by his birth-mother to "Pharaoh's daughter".  This bringing is the beginning of definition: he becomes the son of "Pharaoh's daughter"--rather than floating between two mothers--and  is finally given a name (a re-introduction of names to the hitherto anonymous narrative).
The second "growing" defines him as being between two nationalities. He is "an Egyptian man," yet he goes to be with "his brothers," still seeing himself as a Hebrew.
Moses remains "in between," on the cusp of the thematic waters ("for I have drawn him from the waters"), not truly belonging anywhere)