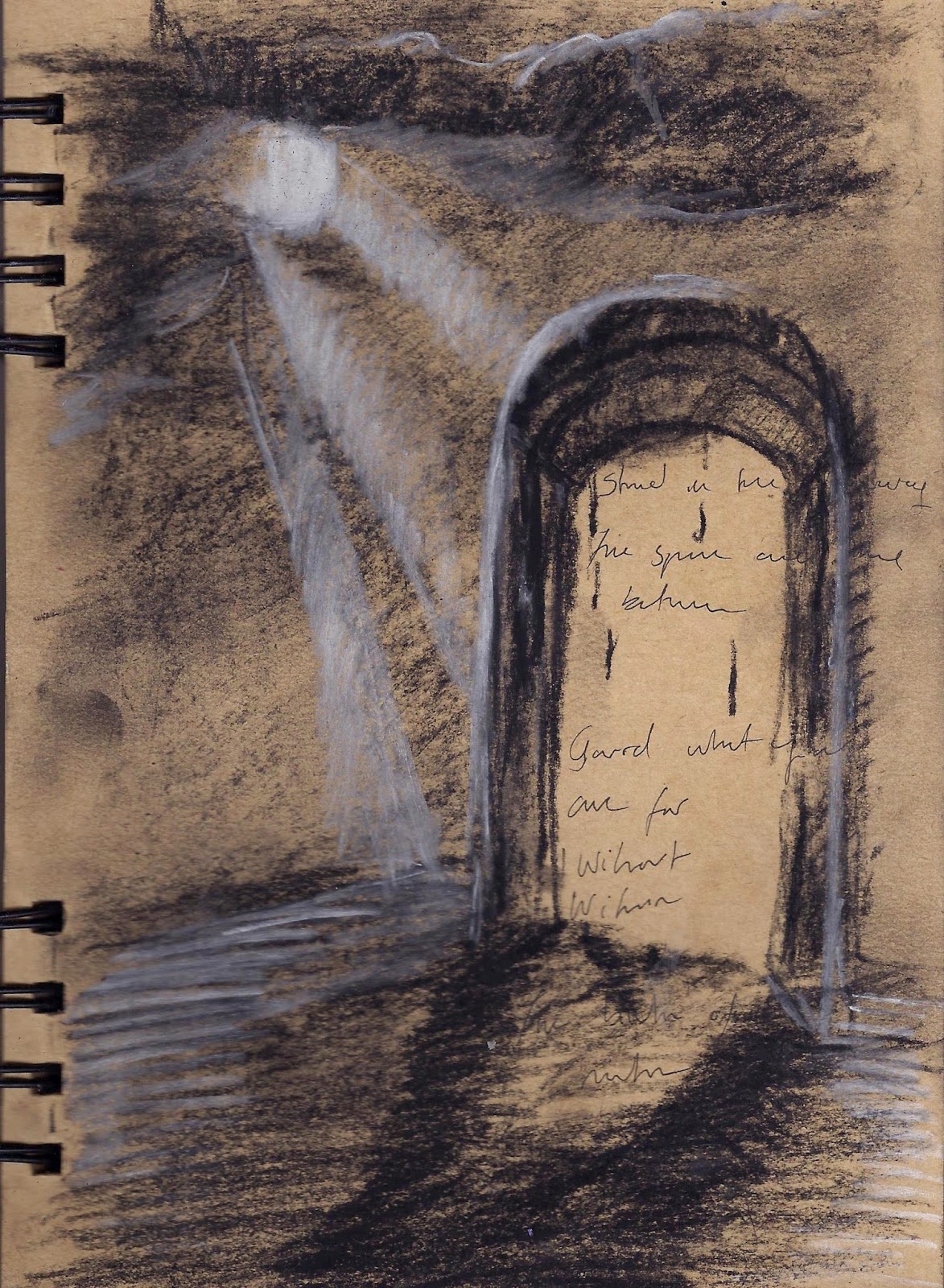 stand in the doorway

the space and the time
between


Guard what you
care for
within
without


The birth of a nation


[For full chapter, click here
A chapter of new beginnings--"This month for you shall be head of all months, first of the months of the year." With new beginning, a change of tone. We have entered the realm of history rather than intimate personal stories. God now speaks to the collective, the "entire congregation of Israel" (kol adat yisrael). In place of declaration and discussion, detailed instructions of what should be done and not done, in order to preserve memory and identity "for generations."
Yet also a culmination and accentuation of the gradually escalating plagues. Pharaoh's plea "only remove this death from me!" now becomes literal death. The emphasis of "coming" (bo) and "leaving" (vayetaze) becomes here a focus on the actual doorway, the space between inside and outside. We are at the liminal transition, literally in the doorway, between past and future; night and day; slavery and nationhood.
Now Israel takes responsibility for their own redemption. It is they--rather than God--who make the "sign", they who cause a separation, they who make their own version of the first plague, painting the doorway in the "blood" that has run through the narrative since the opening of Exodus.
Yet we also have the  introduction of a new keyword:  "guard"  (hi-shamer, mishmeret). At this moment of change, a need to guard and preserve what matters; time and memory need to be held close....]