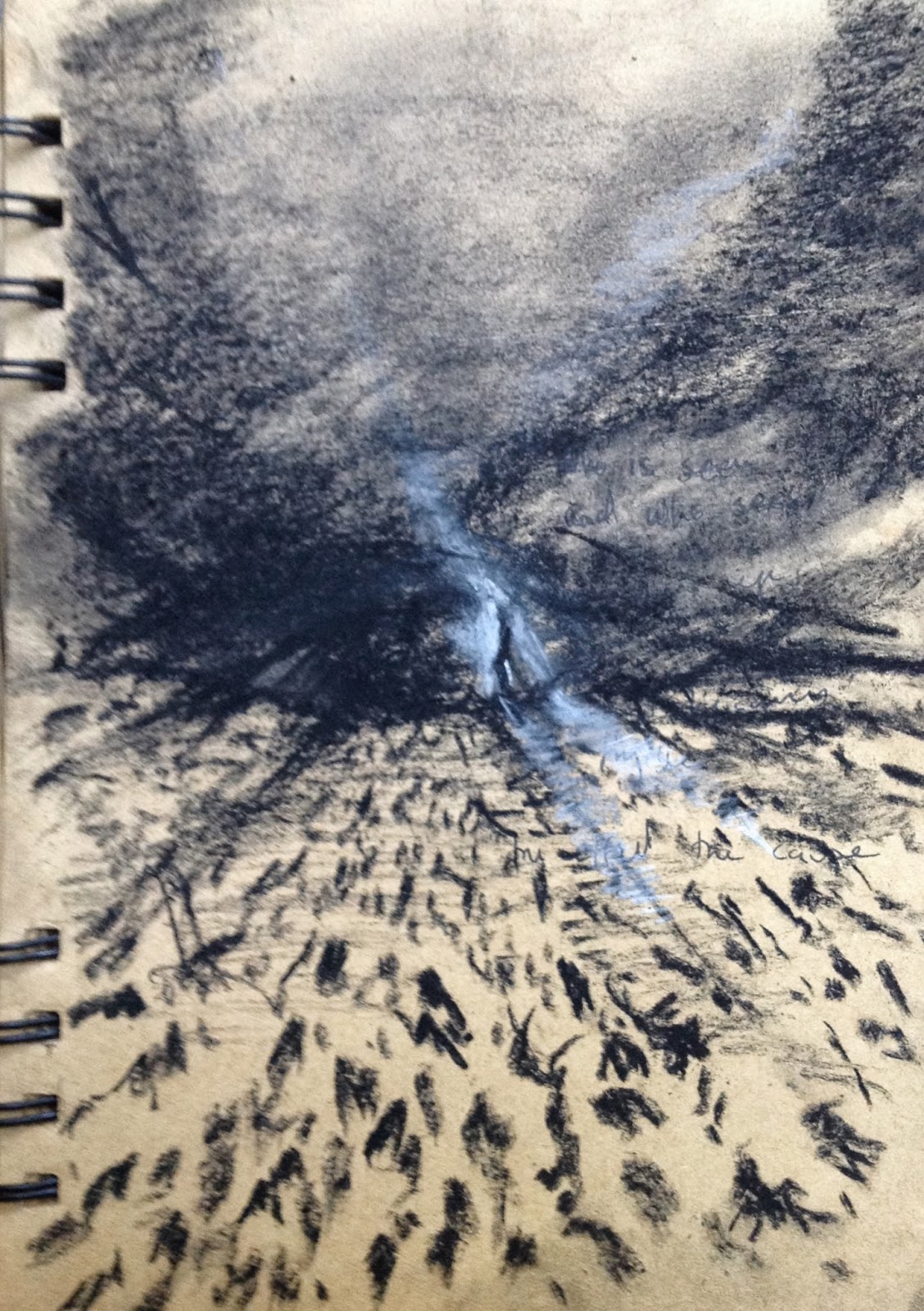 Who is seen
and who sees?


darkness becomes tangible
the effect the cause


[For full chapter, click here
the implicit attack on Pharaoh's will and identity becomes explicit. "For I have strengthened his heart" says God, undermining Pharaoh's act of willful denial. We have entered the realm of narrative--"So that you will tell your sons and sons sons how I plotted (hitolalti--lit. made happen) with Egypt"--and God is the plot master, Pharaoh his character. The leitwords are "Come" and "go"--a veritable screenplay, with entrances and exits.
The plagues continue, yet gain force. We return to the swarms that opened the series (the frogs and lice), once again battering the very "boundaries" (gevulha) of Egypt. Once again, the Egyptian fears of the "rising" (va-yaal) hoards of Israelites is given concrete form in the rising swarms of locus. But now the locus "cover" the very "eye of the earth". From being a "see-er", with the plagues done before his eyes, Pharaoh becomes something to be seen: "to show (le-harot) My greatness." The locus are a living death: "Only remove this death from me."
We also move closer to the inner circle. God spoke to Moses, who spoke to Aaron, who spoke to Pharaoh. Now Moses raises his hand instead of Aaron, causing the plague.
We move from tangible plagues to the intangible, and the insidious attack is the more frightening. Pharaoh will indeed "know" that there is a God that he did not know, attacking the senses directly. The hail was characterized by beating, unbearable noise. Only when the "voices" stopped, did Pharaoh rediscover his will. The locus brought darkness as they covered the land. Now the darkness itself becomes "tangible (va-yimash)". The pressure on the senses, the attack on the self, without intermediary]
Posted by Batnadiv at 12:03 AM