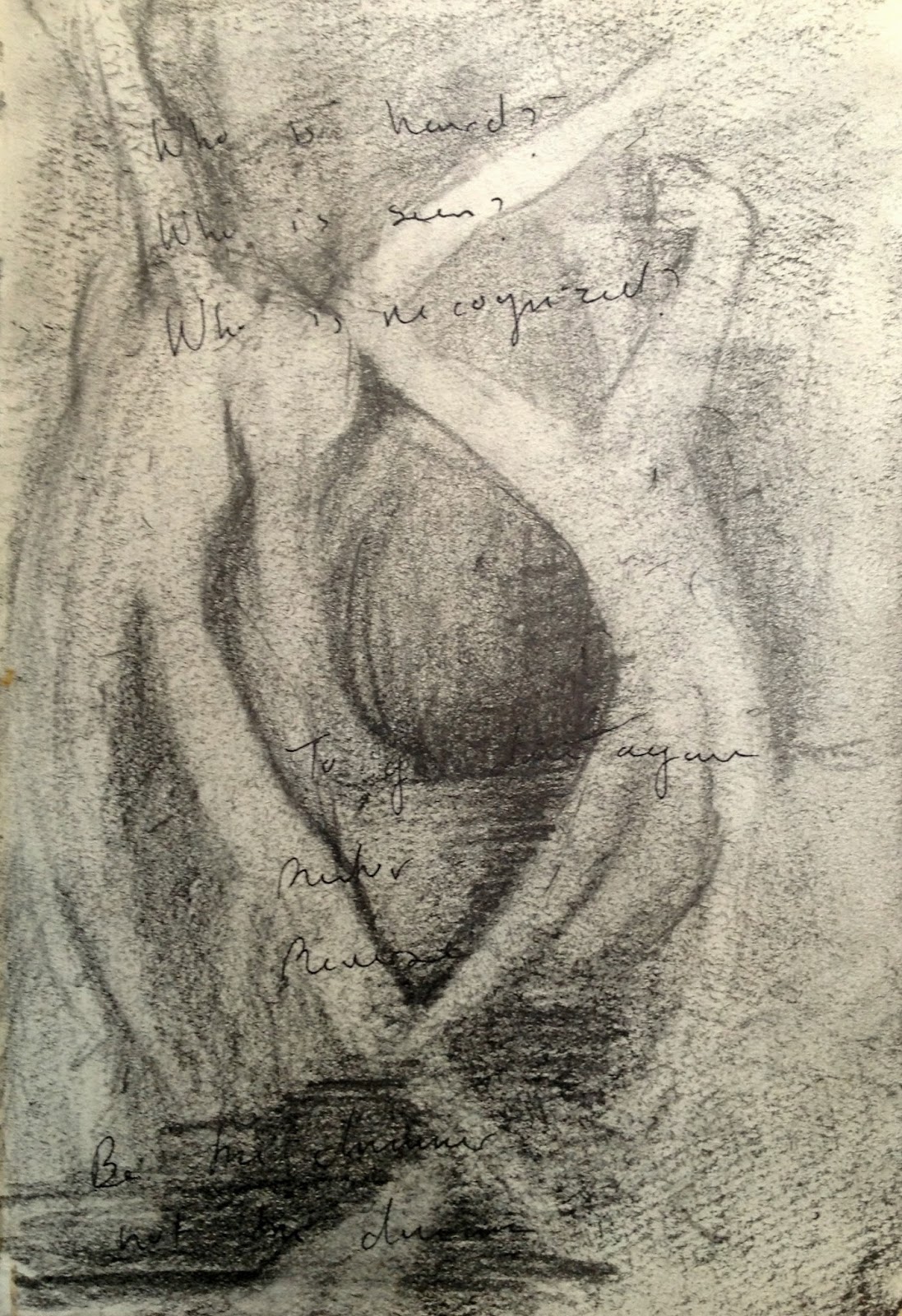 who is heard?
and who is seen?
who is recognized?


to go down again
return
reverse

Be the dreamer,
not the dream


[For full chapter, click here
The two strands of the story begin to come together, as the brother's follow Joseph's footsteps "down." Here, we begin to feel the deep reverberations of the sale, how the family has been shaped and poisoned by it: Jacob fears to "send" Benjamin (as he had originally "send" Joseph). Joseph is the constant hole that "is not"--present and mentioned in his absence. The depth of the rift and alienation becomes heartbreakingly clear at the closing of the chapter, when Reuben offers: "You will kill my two sons, if I do not bring him [Benjamin] to you. Give him to me, and I will return him." Here is a desperation to undo his greatest failure--the inability to "return" Joseph to his father. Yet this desperation also reveals how far Jacob has withdrawn. Reuben, the one who was most concerned for their father, actually believes that this offer would appeal!
The leitwords are "return" (ve-yeshev, ho-shev, a-shiveno), "see" and "hear," as well as that terrible word that ended the story of the sale of Judah's story: "recognize" (haker).
Joseph "recognizes" his brothers, though he is unrecognized by them. He remembers what he has been thankful to forget, and sets out to force the recognition his brothers do not give him by making them experience his experiences.He "sees" them, as they had seen him from afar. "You have come to see the nakedness of the land" he accuses them twice, an echo of the double stripping of his clothes. He places them "under guard."
There is a response. "I told you not to sin with the boy, and now his blood is being demanded," Reuben says. We should have listened, the brothers acknowledge, we should have heard. The brother whose very name means "hearing" ("Shimon") is separated, and placed in prison, as Joseph was imprisoned. He becomes an echo of Joseph, his cast shadow: "Joseph is not, and Shimon is not." Like Joseph, Shimon becomes "the one"--nameless, separated, alone. ]