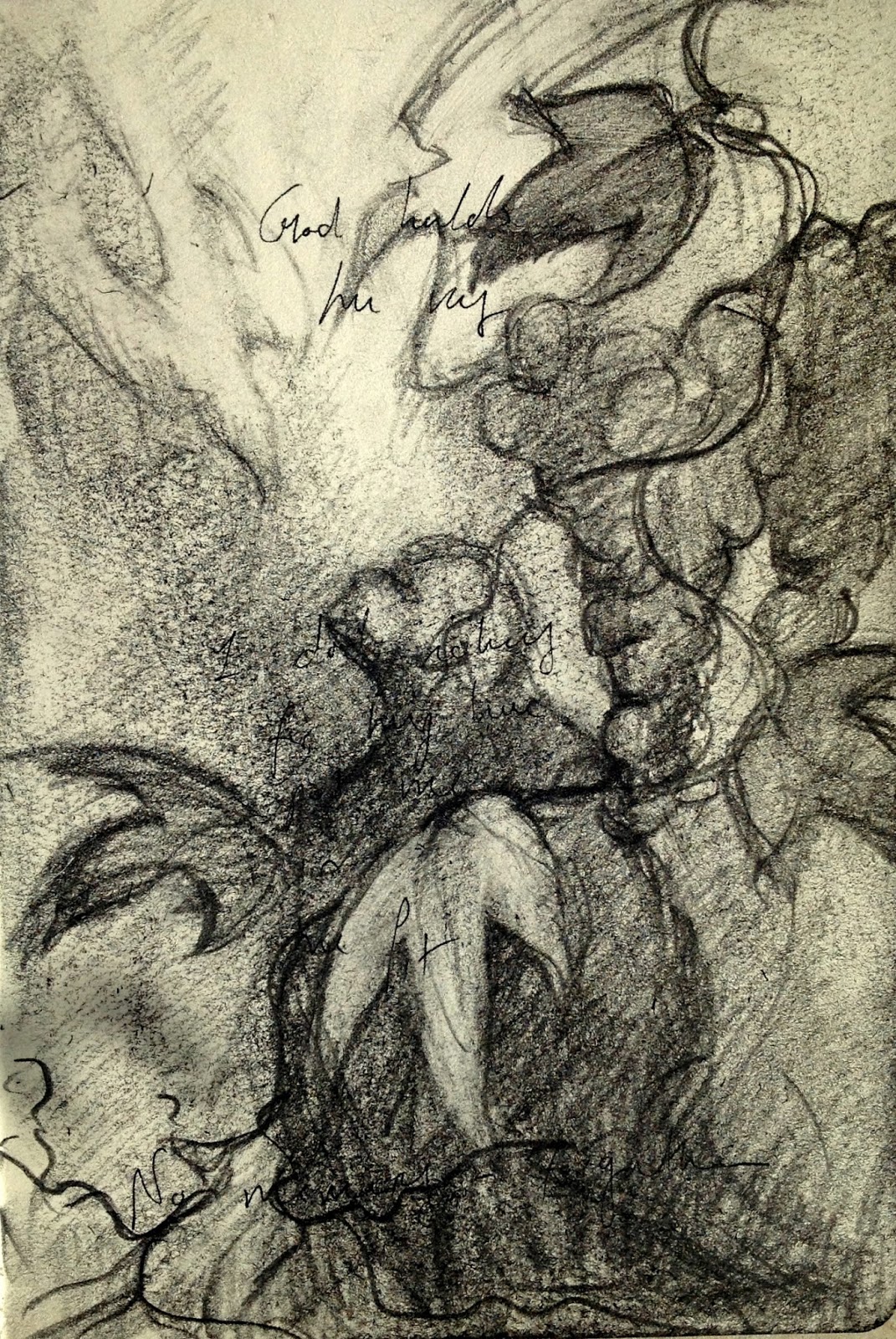 
I did nothing
for they have
put me
into
the Pit

(For full chapter, click here
"And it was after these things..." once again, time has passed--how much, we do not know. A pattern: Joseph gains absolute trust, so that his masters worry for "nothing" meuma, then "after these things," something happens...
We once again enter the world of dreams: yet again, two dreams that seem almost the same, but this time, Joseph is no longer the dreamer, but the interpreter.  And this time, the dreams are dualistic: one promises a "return", that other death. Two sides of being "raised" (yisah) out of the depths of the "pit". The leitword is poter, "solution, opening, release". And indeed, as Joseph offers the solution, he suddenly dreams of freedom. For the first time since the sale, he speaks of himself, conflating the sale and his imprisonment into a single reality: "for they have put me into the pit." The nothingness that has haunted him since the moment  when he was "not" ("ha-yeled enenu--the boy is not") comes to the fore: "I have done nothing"--(meuma). His greatest pain and the source of his success seem one and the same...
Now, coming out of hiding, he begs to be remembered. But this return to life is for naught. The chapter closes with rhythmic finality: "and he was not remembered...he was forgotten")
Posted by Batnadiv at 7:46 PM