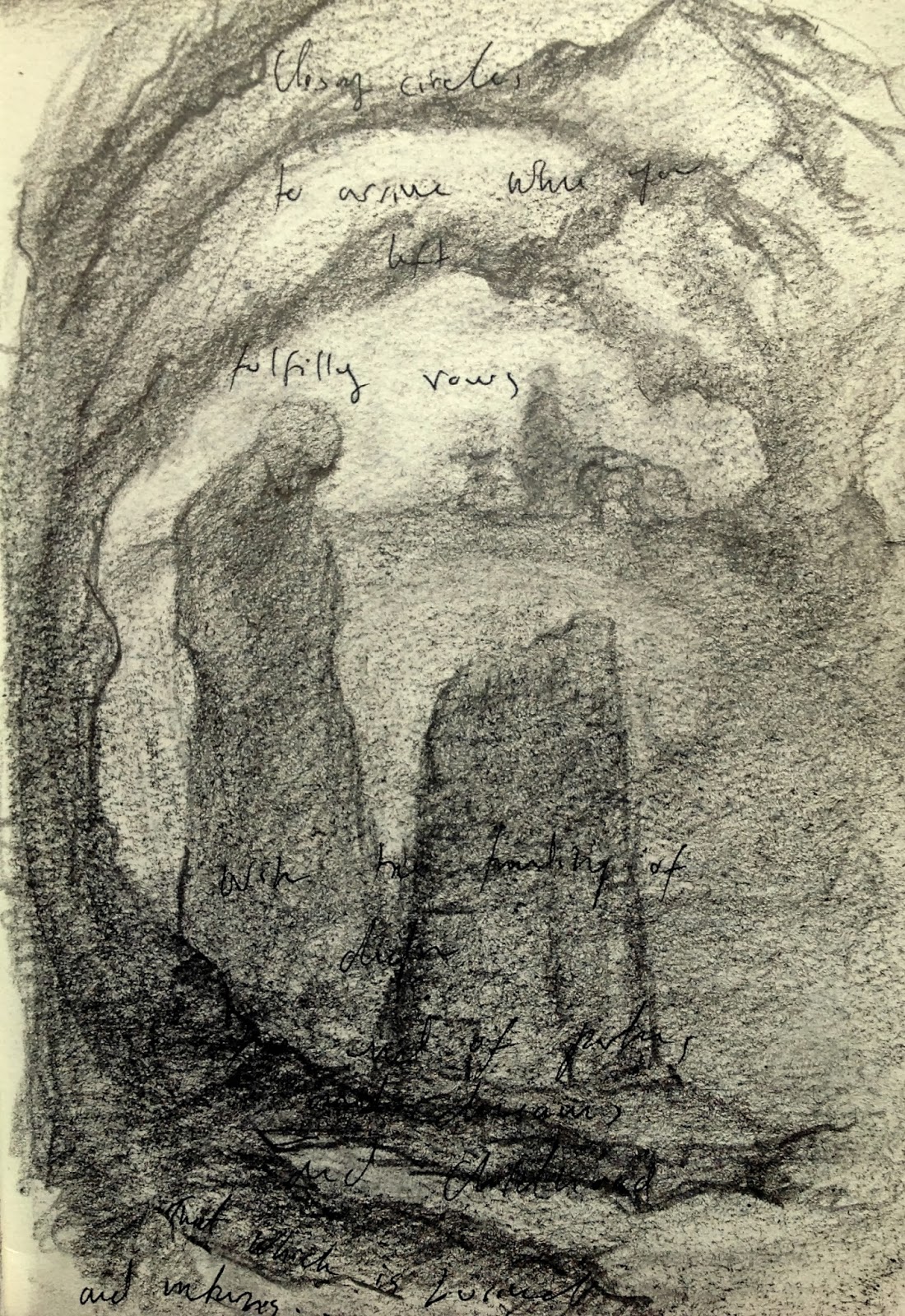 Closing circles
to arrive where you left
fulfilling vows


The which is buried
and retuns


(For the full chapter, click here
A call to closure: Jacob is told to leave Shechem, and return to Beit El "sit there, and make there an altar"
In an attempt at purification after Dina was "nitme-a", violated, made impure, Jacob calls to leave behind all the alien gods that are within. This already intimates that the return to Bet El is dangerous: Rachel has stolen Laban's gods, and we are now reminded that Jacob has declared that the thief "shall not live."
The finality of return is indeed accompanied by death. Jacob returns to Beit El twice, each time building an altar, and each altar is followed by a death--first of Devorah, then of Rachel. The connection between the death of Rachel and return to Bet El is emphasized by the dual matzeva, standing stone. The first is erected by Jacob in Beit El; the second stands over Rachel's burial spot "along the road."
We are moving in a spiral of repetition and change: Jacob is once again named Israel; Beit El is renamed twice, yet changed each time in the naming (El-Bet-El, Elohim-Bet-El); Binyamin is named twice, once by his dying mother, once by his father.
Jacob at last "comes" to the place he "left," but nothing is the name. we return, we repeat, but there is no true going back)
Posted by Batnadiv at 2:27 PM