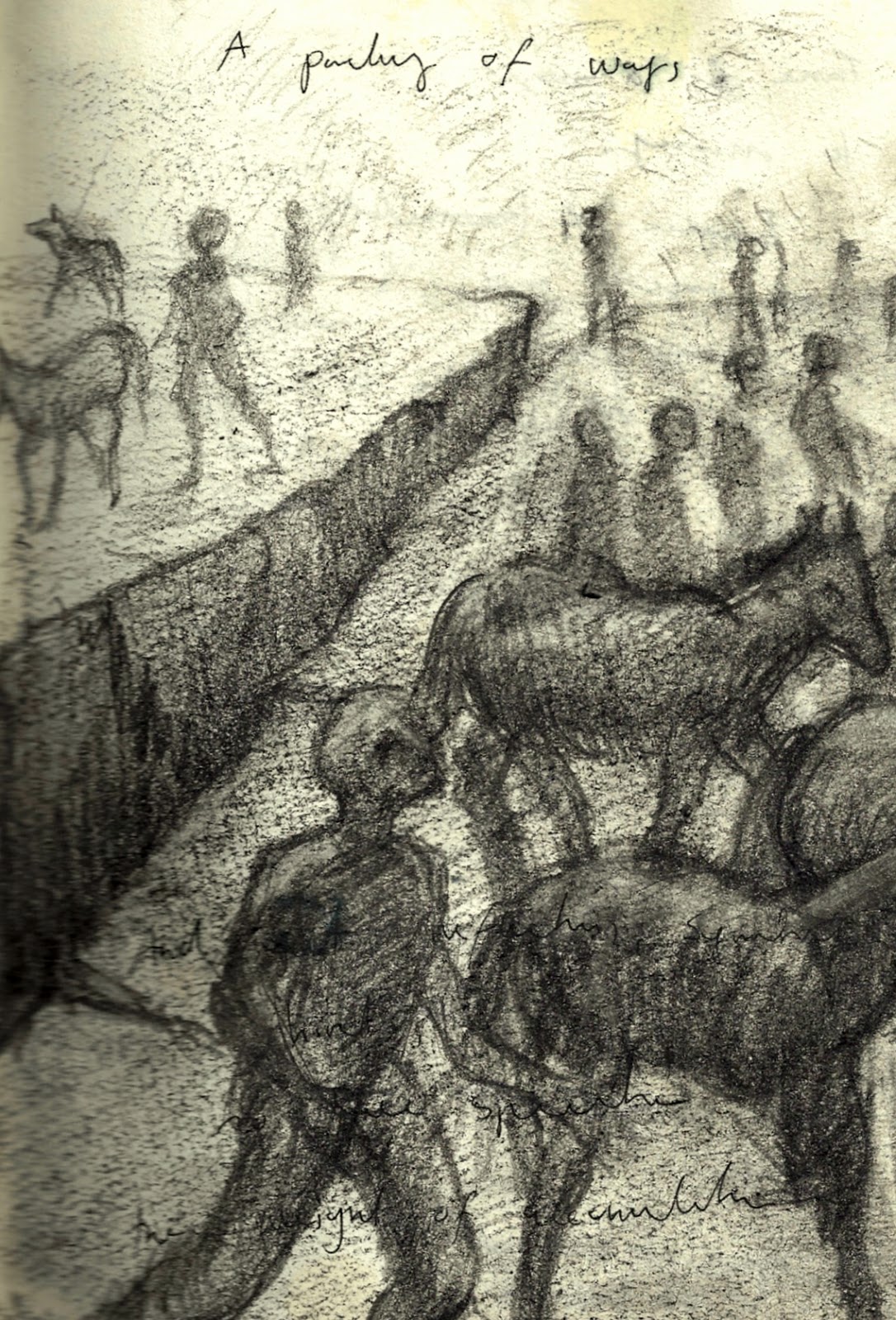 A parting of ways

And yet reflections, symmetry
hint no true separation

the weight of accumulation

(For the full chapter, click here
Esau leaves to Seir, and the separation of the twins seems at last complete, the final closure: like Lot and Abraham, the brothers have split in divergent directions on different paths. the ease and simplicity of Esau's marriages as opposed to Jacob's entangled family life makes the difference stark.
Yet the language used for Esau's departure "va-yikakh Esav et nashav ve-et banav" echoes the description of Jacob's own journey towards Esau. And the chapter describing Esau's kings before "there reigned a king in Israel" is full of reverberations and intimations. Familiar names in unfamiliar contexts: Reuel, Moses' father-in-law, Zerakh, son of the royal Judah, Korakh the rebel. Familiar stories retold in the tone of lore and legend: a search for donkeys, that calls to mind the story of the crowning of Saul--and sure enough, a few verses later, a king named Saul appears. Esau, the elder, seems to be providing the signposts for his younger brother, who will once again "clutch at his heel."
The birth of Amalek, Israel's historic antagonist and nemesis, lends this twinning-reflection a darker tone.
The twins remained entwined in each other, as the prophecy to Rebecca foretold)